The Republic of Ireland and other Catholic countries are the key to abolishing abortion worldwide.

The mere act of Catholic countries demanding the United Nations to recognize their right to include abortion in the homicide statistics will cause abortion to be addressed in international courts, something every abortionist proponent dreads. Furthermore,  in the event that the United Nations declines to address this issue Catholic nations can still publish their own official statistics, which would be quite effective. After all Catholic countries’ legal precedence and Human Life laws cannot be effectively challenged and as such countries that have legal abortion run the risk of being labeled as permitting the legal justifiable homicide of its citizens at rates only seen during major world wars. This would indeed force countries to address the serious problem of abortion given the foreign policy depends to a great degree on the perception of moral authority.

Below is a chart with the “Actual Homicide Rate” for selected countries. The actual rate includes legal and illegal abortions. “PAR” signifies “Population Abortion Rates” which are derived from published abortion rates converted to the demographic standard of incidences per 100,000 population. Rates are based on available statistics from the period 2003 to 2006. 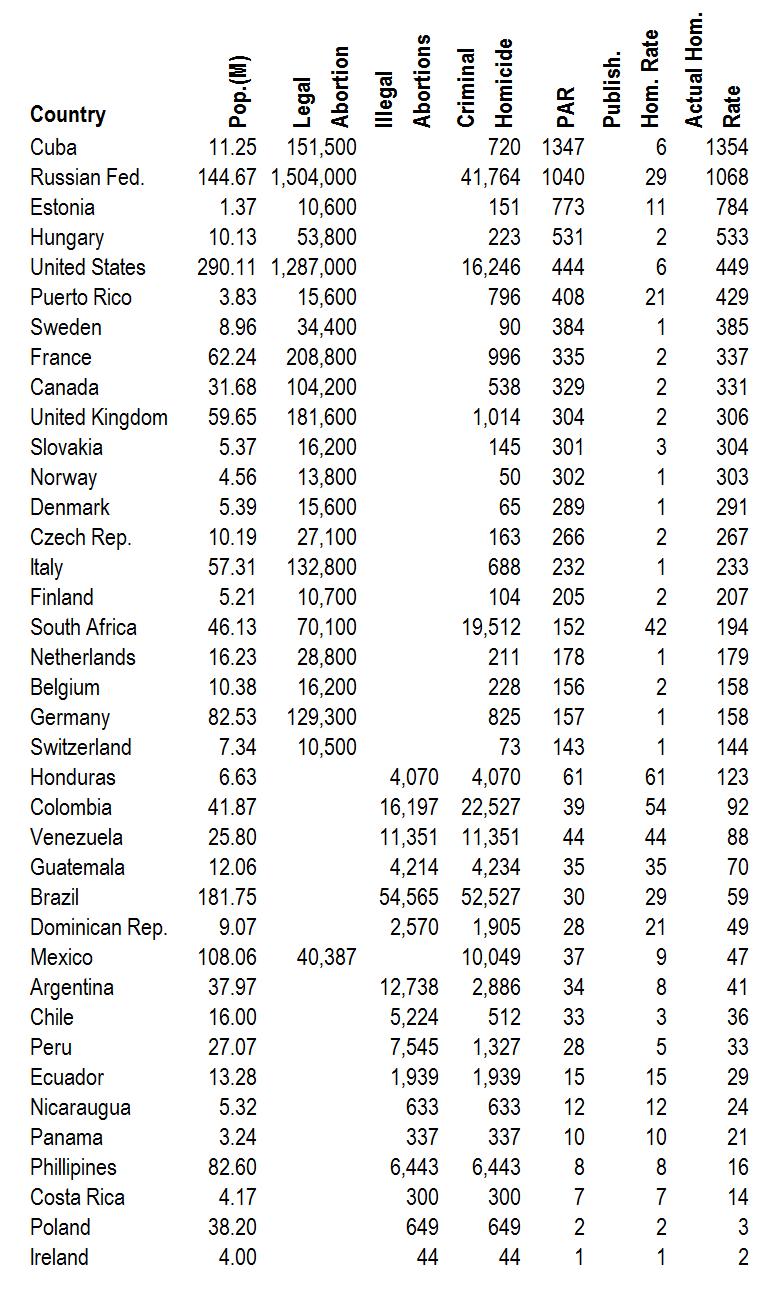